Ward of Court: Decision issued by Judge in Civil Trial 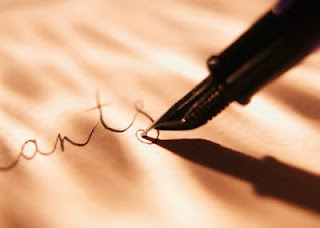 Judge rules that Kate and Gerry McCann do not possess the authority to sue Gonçalo Amaral in their daughter’s name.


The judge at the Civil Court of Lisbon who is trying the civil case which Kate and Gerry McCann have filed against Gonçalo Amaral and 3 other parties has issued a decision concerning the matter of Madeleine McCann being a Ward of Court.

On the 3rd of January 2014, Gonçalo Amaral had argued before the Lisbon Court that Madeleine’s parents do not possess the necessary power to represent their daughter in this action, since the child had been made a Ward of Court in the United Kingdom.

The judge decided that Mr Amaral should present a certificate of the relevant British judicial ruling. That certificate was delivered to the Court on the 2nd of May, after a lengthy, expensive process.

The judge then had to decide whether or not Madeleine’s parents were entitled to represent their daughter in this lawsuit. In the judge’s recent ruling, it is mentioned that “within the 'Wardship', the High Court holds ultimate responsibility over the child, but it does not suppress or annul the exercise of the parental responsibilities”. The High Court takes control over “the most important decisions for the life” of the child. The judge further considers that “the decision to file a judicial action in the name of the child” is a decision “of the magnitude that is demanded for the agreement or consent of the court”.

The judge’s ruling further notes that the matters that have been brought before the High Court that holds the Wardship have been matters of an “eminently judiciary nature, like the revelation of confidential information and documents, that are related to the child’s disappearance and were in the possession of the local police”.

The text continues with the consideration that because Madeleine was made a Ward of the Court on the 2nd of April of 2008, her parents did not possess, in 2009, “the necessary capacity of representation of their daughter to file the present action without the authorization from the British court”.

Nevertheless, the judge has decided that the final court session, which will include a statement from Gerald McCann and the presentation of closing arguments from all sides, should take place regardless of the matter of the Wardship.

After that hearing is completed, the proceedings will be suspended for 30 days. During that period, Madeleine’s parents “shall arrange for the collection and documentation in the records of the British Court’s authorization for the bringing of this action on behalf of the minor Madeleine McCann”. If they fail to do so, the defendants will be “acquitted of the proceedings concerning the requests that have been formulated on behalf of the latter”.

The judge has proposed the date of 16th June for the final session, but each of the lawyers involved have the possibility of declining said date and suggesting alternative dates.