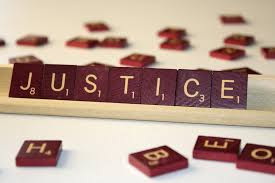 Projecto Justiça Gonçalo Amaral (PJGA) was set up by a group of his friends on 1 November, 2009, in response to the decision by Gerry & Kate McCann to take legal action against Gonçalo Amaral and others.

The McCanns sought not only to suspend sales of the book “Maddie: A Verdade da Mentira”, but to demand the sum of €1,2 million from Dr. Amaral.

A second injunction succeeded in freezing Dr. Amaral's assets and income, denying him the opportunity to defend himself in court.

On 20 November 2009, a defence fund was launched. Its purpose was to help enable Dr. Amaral to fight the legal action that was brought against him by the McCanns.

The fund has remained at all times independent of Dr Amaral. It is beyond reach of any compensation claim. Any funds remaining after all legal expenses are met are to be donated to a Portuguese children's charity.

In April 2015, as the legal action dragged on and costs were becoming difficult to handle, an approach was made to the friends who created PJGA, suggesting that a GoFundMe page be launched to generate additional funds.

PJGA cooperated with Leanne Baulch, who fronted this part of the appeal, to bring this to being on 29 April 2015.

Let us be clear: all donations made to the GoFundMe page, minus the commission deducted automatically by GoFundMe, were paid directly into the one bank account that has been held by friends of Dr Amaral since PJGA was created.

Leanne, having successfully promoted the GoFundMe page, handed over its control to the group of friends who coordinate PJGA, for personal reasons that are unrelated to the legal action. We are hugely grateful for her initiative.

On 21 October 2015, when it was considered that sufficient funds had been raised, it was decided the GoFundMe page would be closed on 28 October 2015.

For the purpose of clarity, the suggestions of impropriety by anyone connected with the defence fund are false.

The group of friends and Mr Amaral himself remain eternally grateful for your support in allowing a man to defend himself in court and for justice to prevail.

We will endeavour to keep you informed as and when we receive further information regarding the re-appeal.